Deej Fabyc invited artist Jon Fawcett to present a selection of works developed from his ongoing investigation into the entity, including a number of new text works.The entity is a liberating expansion on the sculptural and theperformative, and can be seen as a contemporary, socialized approach to conceptual art. Fawcett’s enquiry has two strands: The creation and description of non-physical objects as
real-time/real-space stories, including collaborations with 3D computer modelers David Cook and Anthony Steed.
The creation and representation of occurrences in non-art fields, including a six-month dialogue with the lawyer Lubna Azhar.

Comments from Arc, 2005:
\
“When I first heard about it I though what a waste of time and money but it has been a genuinely enlightening experience”
“It’s quite good that we don’t know what’s happening”
Comments from Caught in a Trap, 2002:
“I’m just going to laugh every time I see that hole”
“Intriguing”
“Fantastic… Surreal”
You can also see Jon Fawcett’s work at London in Six Easy Steps, at the ICA from the 23rd to the 28th of August
(including a performance-tour on Friday 26th at 6pm) Jon Fawcett www.jonfawcett.com 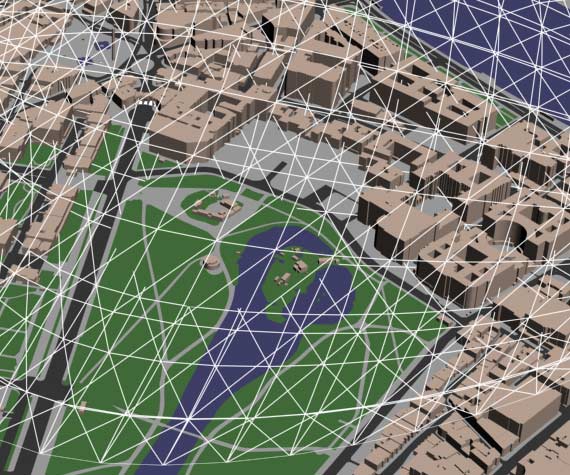