OPERATION ATROPOS is a documentary about interrogation and POW resistance training. Director Coco Fusco worked with retired US Army interrogators who subjected her group of women student to immersive simulations of POW experiences in order to show them what hostile interrogations can be like and how members of the US military are taught to resist them. The group of interrogators is called Team Delta, and they regularly offer intensive courses that they call “Authentic Military Experiences” to civilians. The documentary includes interviews with the interrogators that shed light on how they read personalities, evaluate an interrogatee’s reliability, and use the imposition of physical and mental stress strategically. More fundamentally, however, the film shows how interrogators rationalize what they do and how they imagine both themselves and their enemies. 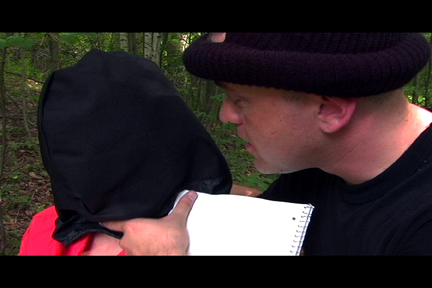